Painting Black: We are family!

The team voted Mike as employee of the month or something. And he was named as such. The prize, he gets to take his family out on a meal worth 3k. Not bad we thought. So the boys kept on bugging him that our group is really like a family. Mike didn’t buy the idea at first, but after a few more brainwashing, he finally surrendered. Yey!

We had lunch at Congro Grill and feasted on seafood mainly. It was fun being with the guys. They are rowdy and most of the time naughty. But like they say, you gotta love the family! Hehehe. 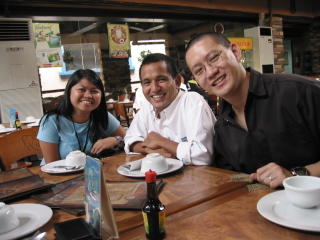 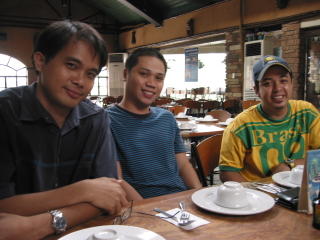